From selling ice cream on his local beach between finishing high school and going to college, Jordan Belfort – the subject of the 2013 movie ‘The Wolf of Wall Street’ – went on to make millions through fraudulent stock market manipulation schemes before eventually ‘going straight’ as an author and motivational speaker. Fraud on an epic scale

Born in New York in 1962, Jordan Belfort wanted to make serious money from an early stage but honest money making endeavors eventually gave way to fraudulent activities as greed took over. While some common frauds may involve tampering with checks – something now made harder with innovative check security – Belfort’s scams involved many people and millions of dollars.

Belfort’s ambition and nose for money-making started when he and a friend made $20,000 selling ice desserts to sunbathers on the beach near his home.

After a very short lived stint at dental school, Belfort went into business selling meat and seafood door-to-door. He claimed to be selling some two tonnes per week, but the business eventually failed, leaving him bankrupt in his mid 20s.

Undeterred by this setback, Belfort went into stockbroking and in the late 1980s formed his own company, Stratton Oakmont. Things went well, but Belfort’s penchant for exploiting opportunities spiraled out of control as his company veered into ‘pump and dump’ stock trading territory.

The ‘pump and dump’ era

Pump and dump is a scheme that tries to boost the price of a stock through false, or at least extremely exaggerated, claims.

Those running these illegal schemes have shares in the stock they’re promoting, and sell it when the price reaches a certain level once the hype has done its job and others have bought in.

New investors drove up the share prices and, once they’d reached certain levels and the market was saturated with no more investors coming in, Belfort’s team would sell, leaving some investors who didn’t ‘get out’ fast enough with vastly overpriced stock.

At its peak, Belfort’s company employed some 1,000 brokers looking after investments totaling more than $1 billion.

Belfort enjoyed the fruits of his company’s activities with mansions, fast cars, helicopters and yachts. This escalated into drug abuse, expensive accidents including crashed sports cars and a helicopter, the sinking of his yacht, and two marriage break ups.

Belfort’s employees were encouraged to follow their boss’s lead. Substance abuse and miscellaneous horseplay featured heavily in their Long Island offices while living by the hard selling motto “don’t hang up until the customer buys or dies”.

The National Association of Securities Dealers had been monitoring Stratton Oakmont pretty much from its inception in 1989 and had taken various legal actions against it. In 1996, the company was shut down and Belfort and his main associate were charged with securities fraud and money laundering.

Belfort pleaded guilty and it was revealed his pump and dump schemes could have cost investors some $200 million.

Belfort served 22 months of his four year sentence and had to make restitution payments totaling $110 million to the defrauded investors, although he’s reportedly only paid around $14 million at the last count.

A fellow inmate in prison encouraged Belfort to write a book about his colorful past. ‘The Wolf of Wall Street’ materialized and attracted a reported half a million dollar advance payment from publisher Random House and a bidding war for the film rights.

In 2013, the Martin Scorsese-directed film of the same name was released with Leonardo DiCaprio playing Belfort. There was much speculation, claims and counter claims as to how much of the film was really a true portrayal of what went on.

Belfort has continued writing, including a self help book on selling, and runs sales training and motivational courses and seminars. 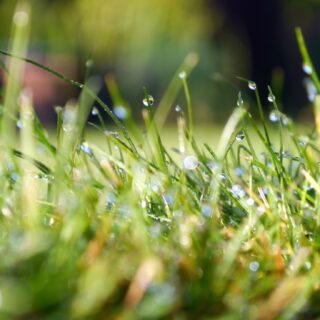 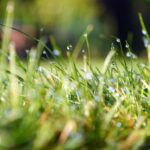