If you’re interested in learning about some of the latest news stories such as the drone attacks on the Saudi Arabian oil fields and the political protests in Egypt, simply continue reading. Millions of individuals around the world march to protest against global warming:

In September millions of individuals around the world choose to take part in organized marches in order to protest against global warming. The first marches which took place were held in Kiribati, the Solomon Islands and Vanuatu, Polynesian islands which have seen sea levels increase each year as a direct result of global warming.

Following these protests, similar marches have been organized in Asia, Europe, Africa and the USA. In Germany alone over 500 protests were organized in 500 different German cities.

Saudi Arabia publicly blames Iran for the recent attack on its oil fields:

In September Saudi Arabia was forced to shut down half of the country’s oil facilities as a result of a mysterious drone attack. Due to Saudi Arabia temporarily shutting down half of its oil facilities, gas prices around the world shot up as Saudi Arabia choose to increase the prices of the oil drums which they sell international gas suppliers. It is thought that the attack was a complex assault which was carried out by drones and missiles.

Prince Andrew has been accused of befriending a prolific sex trafficker:

The crown has had a difficult time trying to sway public opinion about Prince Andrew after one of his friends Jeffrey Epstein was convicted for being a prolific sex trafficker. While Prince Andrew denies that he had a close friendship with Epstein, the two were photographed together on numerous occasions and Prince Andrew has admitted to staying in Epstein’s properties when he travels abroad.

Worse yet, photos of Prince Andrew posing with underage girls at one of Epstein’s parties have also leaked. One of the girls in the photos who was pictured in such a photo has later told the media that she was paid by Epstein to sleep with Prince Andrew. Although no charges have been laid against Prince Andrew and the woman’s claims have not been verified.

Protests have taken place in Egypt in protest of Egypt’s president Fattah al-Sisi:

After the violent protests which took place in Egypt in 2014, Egypt has remained protest free for the last couple of years. However, in September 2019, hundreds of protestors gathered in Tahrir Square in order to demand the prompt resignation of Fattah al-Sisi.

One of the reasons why so many Egyptians have chosen to protest against Fattah al-Sisi is that his regime is planning to extend his political term till the end of 2030, which many Egyptians see as a sign that his party is corrupt. There is also widespread evidence of Fattah al-Sisi using millions of dollars of tax payers money in order to build lavish palaces, which are fit for a king. In response to the large scale turn out of the protest at Tahrir Square, the military has tried to get rid of the protestors by using tear gas.

Hopefully you now feel up to date with some of the breaking news stories which have featured on international headlines around the world. All of which are well worth sharing with your friends and family. 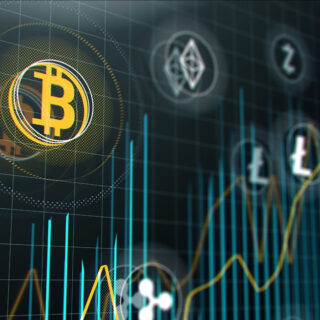 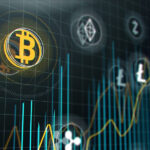